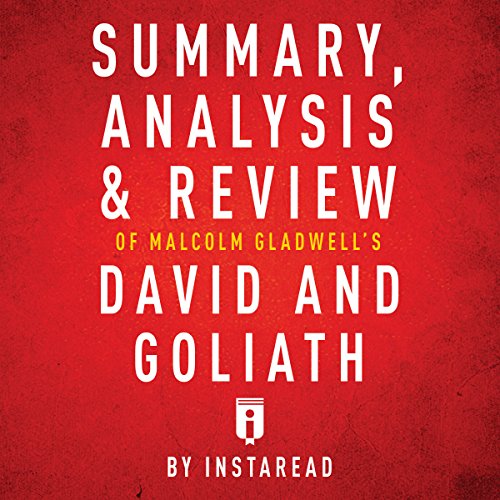 Malcolm Gladwell's David and Goliath: Underdogs, Misfits, and the Art of Battling Giants is a book about perceived disadvantage. People with few resources or certain disadvantages may seem weak and unlikely to win. However, in many cases, the same factors that make underdogs seem weak gives them built-in advantages. Underdogs are much more likely to win than people think.

In the biblical battle between David and the giant Goliath, David won because he refused to play by the rules of the powerful. He used a deadly sling rather than engaging in honorable hand-to-hand combat. The weak often feel free to adopt scrappy, unexpected tactics that the powerful disdain. As a result, powerful nations are often defeated by insurgencies.

Please note: This is a summary, analysis, and review of the book and not the original book.