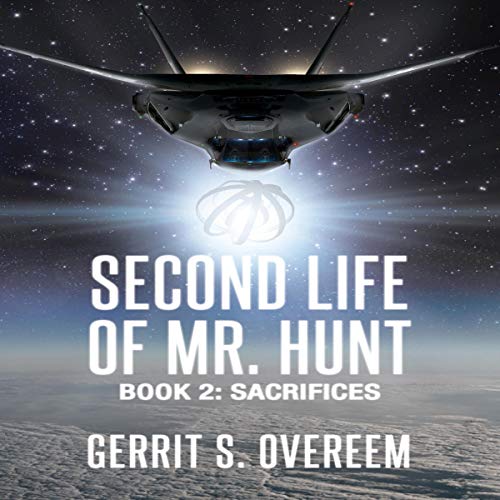 After defeating a powerful enemy and recovering the ancient alien artifacts from Earth, Ryan Hunt's life should be smooth sailing, but the universe has other plans.

While trying to cope with the memory of his kidnapping on Earth and attempting to mend his relationship with Dr. Kat, a new enemy emerges from the shadows - a force of evil more powerful than he had ever imagined.

Bent on acquiring the alien artifacts and destroying Ryan Hunt, this unstoppable, mysterious foe forces Ryan to risk his life, and the lives of his friends, to unlock the secrets of these ancient treasures.

But their time is running out.

With a psychotic enemy on his heels and a new ally with their own agenda, Ryan will travel to new worlds and secret locations, and face deadly opposition from beings he never thought possible, from corporate vampire lords to a hideous doll lady and her patchwork minions.

No one ever looks to be a hero.

The Second Life of Mr. Hunt shows us what can happen when an ordinary man is forced to become one.