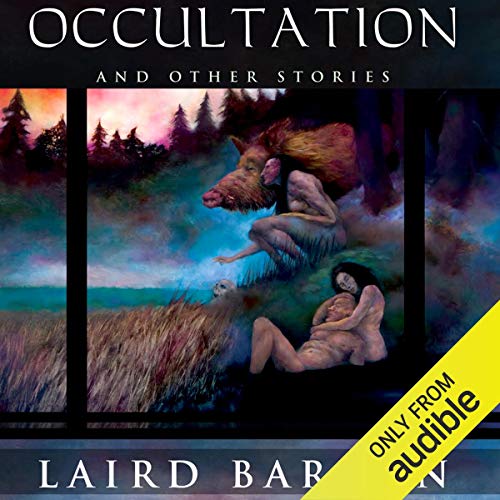 Occultation and Other Stories

Laird Barron has emerged as one of the strongest voices in modern horror and dark fantasy fiction, building on the eldritch tradition pioneered by writers such as H. P. Lovecraft, Peter Straub, and Thomas Ligotti. His stories have garnered critical acclaim and been reprinted in numerous year's best anthologies and nominated for multiple awards, including the Crawford, International Horror Guild, Shirley Jackson, Theodore Sturgeon, and World Fantasy Awards. His debut collection, The Imago Sequence and Other Stories, was the inaugural winner of the Shirley Jackson Award. He returns with his second collection, Occultation. Pitting ordinary men and women against a carnivorous, chaotic cosmos, Occultation's eight tales of terror (two never before published) include the Theodore Sturgeon and Shirley Jackson Award-nominated story "The Forest" and Shirley Jackson Award nominee "The Lagerstatte."