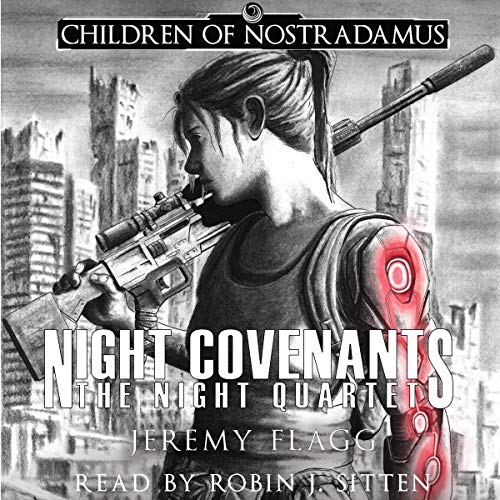 Nobody walks away unscathed.

Conthan refused to kill his mentor. With an act of mercy, he placed the fate of mankind in the hands of a madman with no equals. Conthan fears the only way emerge victorious is to surrender what’s left of his humanity to his powers.

Sentenced to die in the Outlands, Twenty-Seven now leads the rebellion. But it’s the war between her past and present that has the potential to break her. She stands on the front lines ready to save the world, or at least she hopes.

The Children of Nostradamus Universe will never be the same in this climatic conclusion to the Night Quartet.