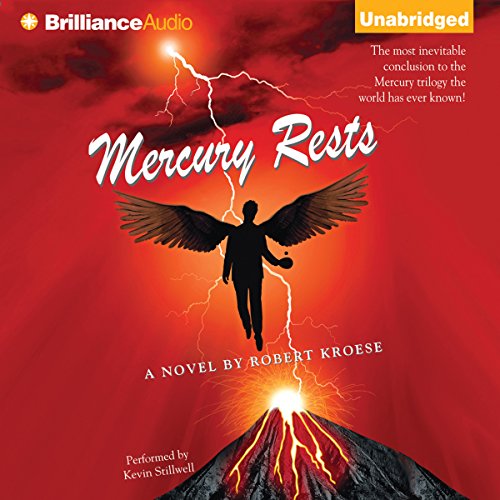 After foiling an attempt to destroy the universe, Mercury has gone missing. And with the devil already putting the final fiendish touches on his next scheme to bring about the apocalypse, all that stands between Lucifer and his dreams of a hellfire holocaust are two misfit humans: jaded religion reporter Christine Temetri and mild-mannered forensic analyst Jacob Slater. The pair soon realizes that the Prince of Darkness has set his sights higher than they can reach; he’s planning to bring his battle for domination straight to the pearly gates. They’ll need the wisecracking, Ping-Pong-loving, apathetic angel Mercury to help save the day, the world, and Heaven before the clock ticks down to the End Times…if they can find him.

By turns epic and explosive, Mercury Rests concludes the trilogy that Booklist describes as a “hilarious romp” that has “cult favorite written all over it.”