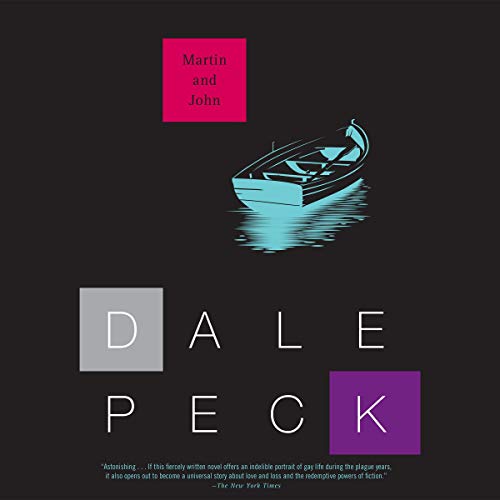 Dale Peck’s debut is a tour de force in which Martin and John find each other again and again: in a trailer park, a high-end jewelry store, a Kansas barn, and later, in New York City, living under the shadow of the AIDS epidemic. Though their names remain the same, their identities are constantly shifting, creating a fractured view of loss and desire in the early years of the AIDS crisis. Vaulting through self and history, Martin and John is one of the most remarkable novels to emerge from an America ravaged by disease, and one of the finest and most complex love stories of the ’90s.

Martin and John is the first volume of Gospel Harmonies, a series of seven stand-alone books which follow the character of John as he attempts to navigate the uneasy relationship between the self and the postmodern world.