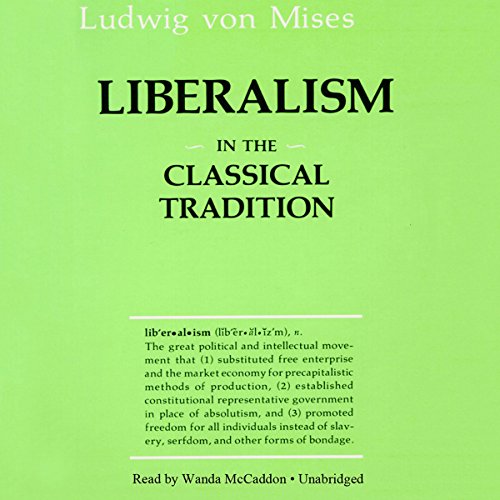 In 1927, classical liberalism, based on a belief in individualism, reason, capitalism, and free trade, was dying, when one of the 20th century's greatest social thinkers wrote this combative and convincing restatement. Nowhere are the key principles of Mises' philosophy better represented than in this timeless work.

Mises was a careful and logical theoretician who believed that ideas rule the world, and this especially comes to light in Liberalism.

"The ultimate outcome of the struggle" between liberalism and totalitarianism, say Mises, "will not be decided by arms, but by ideas. It is ideas that group men into fighting factions, that press the weapons into their hands, and that determine against whom and for whom the weapons shall be used. It is they alone, and not arms, that, in the last analysis, turn the scales."