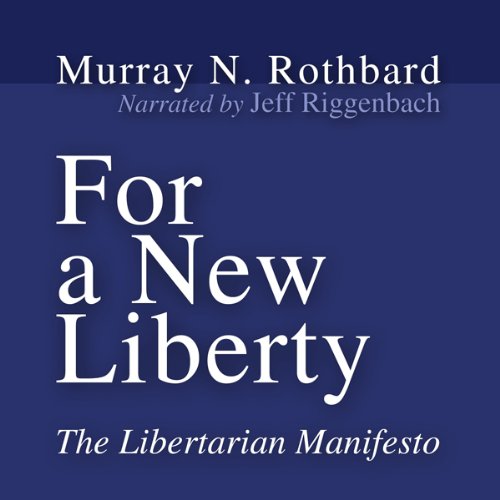 For a New Liberty

In For a New Liberty: The Libertarian Manifesto, Rothbard proposes a once-and-for-all escape from the two major political parties, the ideologies they embrace, and their central plans for using state power against people. Libertarianism is Rothbard's radical alternative that says state power is unworkable and immoral, and ought to be curbed and finally overthrown. To make his case, Rothbard deploys his entire system of thought: natural law, natural rights, Austrian economics, American history, the theory of the state, and more. Society without the nation-state? Rothbard shows that this is the way for peace, prosperity, security, and freedom for all. In the entire history of libertarian ideas, no book has more successfully combined ideological rigor, theoretical exposition, political rhetoric, historical illustration, and strategic acumen.

Rothbard poured a lifetime of research and all his intellectual energy into this project, and he succeeded in writing a classic. He shows that the state creates social and economic problems and then further intervenes to make these problems worse than ever - while increasing its power at the expense of everyone else. He is particularly good at highlighting who really benefits from government regulation: usually it is the largest corporations who are attempting to rig the game in their favor. The book is still regarded as "dangerous" percisely because, once the exposure to Rothbardianism takes place, no other book on politics, economics, history, or sociology can be read the same way again.