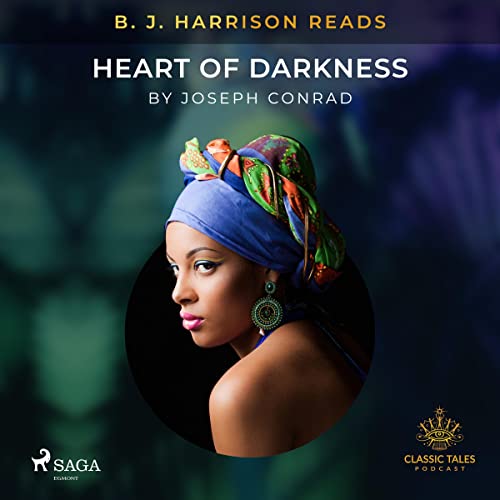 Charles Marlow, sails up the Congo River to meet with Kurtz a prosperous ivory trader and a man of great abilities. Marlow ends up signing a contract and becoming a riverboat captain for a Belgian company that trades in the Congo. He hopes that this contract will give him a good opportunity for career development. However, Marlows expectations quickly sour as he is faced with the evil of imperialism, witnessing violent acts and brutality against the local, native population.

Why and how did Marlow decide to go to the Congo? Is Kurtz an evil man whose interests are controlled by money? Will the sailor regret signing his contract after seeing what the natives have to suffer? Will he try to help them?

Find all the answers in Joseph Conrads novel Heart of Darkness from 1899.

B. J. Harrison started his Classic Tales Podcast back in 2007, wanting to breathe new life into classic stories. He masterfully plays with a wide array of voices and accents and has since then produced over 500 audiobooks. Now in collaboration with SAGA Egmont, his engaging narration of these famous classics is available to readers everywhere.

Joseph Conrad (1857-1924) was a Polish-born author who left Poland in his teens to avoid enlistment in the Russian Army. He learned English aboard British ships and started writing in the language after settling in England. His most famous novel is Heart of Darkness (1899), which was inspired by his experiences on the open sea.