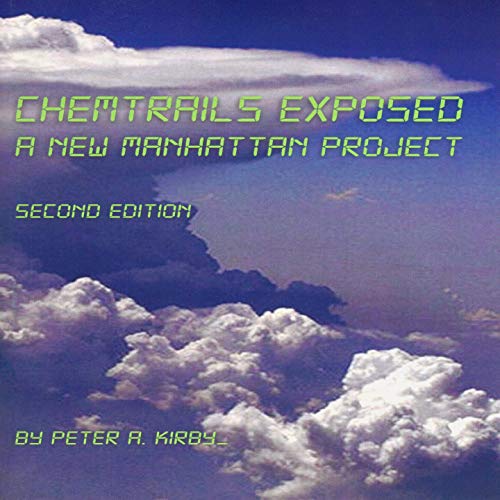 Every applicable government agency and almost all mainstream media outlets claim that chemtrails are merely a "conspiracy theory". They say that the lines in the sky are harmless condensation trails and that jet aircrafts have always produced emissions that can linger in the sky for hours as they spread out and form a hazy cloud-cover. They say that anybody who asserts that aircraft are routinely spraying us with toxic materials is crazy. If this is so, then why are we consistently seeing anomalously high levels of toxins in rainwater samples as well as in ambient air samples? Why are there hundreds of scientists and scores of scientific organizations advocating for spraying substances from aircraft and calling it "geoengineering?" Why is there a world-famous PhD scientist who has, in a long series of peer-reviewed journal articles, made the case for chemtrails and shown detailed evidence of their harmful effects? How do we have whistleblowers from the Air Force and the Environmental Protection Agency? How is it that there is a huge, detailed, chronologically consistent body of evidence supporting the notion that the lines in the sky are part of a global weather modification project with roots going back over 100 years?

This is just scratching the surface. This book presents the evidence that the government and the mainstream media ignore. This book provides the evidence that what is commonly referred to today as "geoengineering" is an incredibly large, ongoing operation involving the open air spraying of tens of thousands of megatons of toxic waste annually from high-flying jet aircrafts. Believe it or not, the media and the government have not been telling the truth.