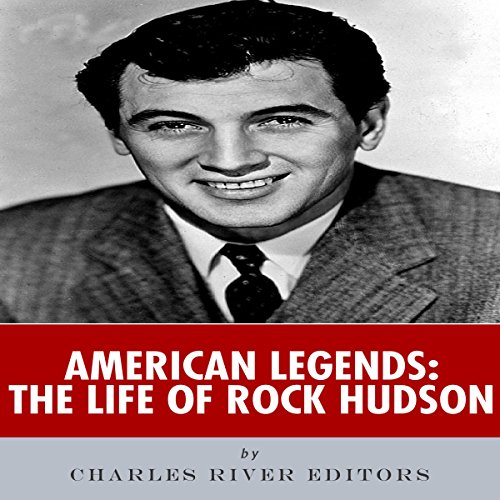 "I'm notorious for giving a bad interview. I'm an actor and I can't help but feel I'm boring when I'm on as myself." (Rock Hudson)

In the middle of the 20th century, there was perhaps no leading man as famous and popular as Rock Hudson, who would star in both comedies and dramas on the way to being named one of the Top 10 Stars of the Year for eight years straight (1957-1964). Whether he was starring in a comedy with Doris Day or in a drama opposite Elizabeth Taylor, the tall, impeccably dressed actor couldn't help but make girls in the audience swoon, and he was recognized as one of Hollywood's biggest heartthrobs. The successes of his peak years ensured that Hudson would remain a star over the course of four decades. He appeared in about 70 films during his career.

Today, however, Rock Hudson might be better known for his personal life. Acting in a more conservative era, Hudson struggled to keep his homosexuality out of the news, for fear it would destroy his career, even though many of his Hollywood contemporaries were aware of it. After Hudson died of AIDS in 1985 - perhaps the first major celebrity to die of the disease - details of his personal life began to be publicized, sometimes amidst messy legal battles. The pains Hudson took to keep his personal life private soon became clear.