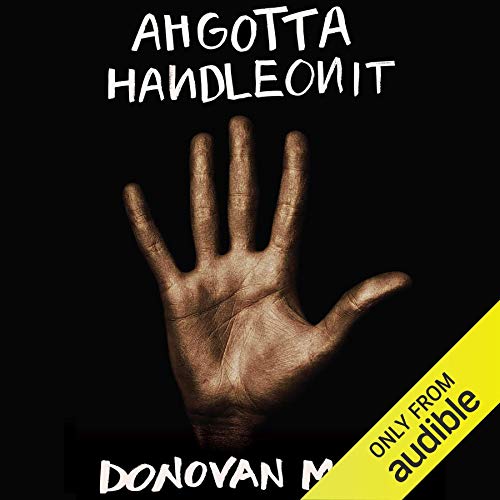 Tim's a struggling black kid on the mean streets of Newark. How far can he run? Where can he hide? What is innocence? Where does it go?

Tim doesn't read as well as his classmates in an inner-city Newark high school. He's got good street creds, though, riffing strange rap-rhymes and running like the wind. He's packed into a three-flat with his mother, sister, and Uncle Gentrale. His father, a drunk, recently walked out on the family, wanting some "freedom". He says, "Ahgottahandleonit, son". He doesn't. Nor does Tim. He's a sophomore, already two years behind in school. He'll be a sophomore again if he doesn't pass his proficiency exam. He wants to do what is right, but anger boils deep inside him.

The last day of school before summer, Tim slaps Mr. Jones, the one teacher who has wanted to help. He doesn't know why. It was just there, a rage born of some dark history. Uncle Gentrale tries to explain, some crazy shit about living back down South. Marie reaches out to him for love, but that doesn't work, either. In a fight with some gangbangers, the rage boils over, and Tim slams Chucky in the head with a rock. Chucky dies. Tim steals his phone. He carries it, like an albatross, throughout the summer - wanting to run, to hide, to speak truth, to be free. Maybe Mr. Jones will understand. Tim wants his life to matter.

Donovan Mixon is a jazz guitarist and a former Berklee College of Music professor. He moved to Chicago in 2010 after an extended sojourn teaching in Italy and Turkey. Ahgottahandleonit is his first novel.