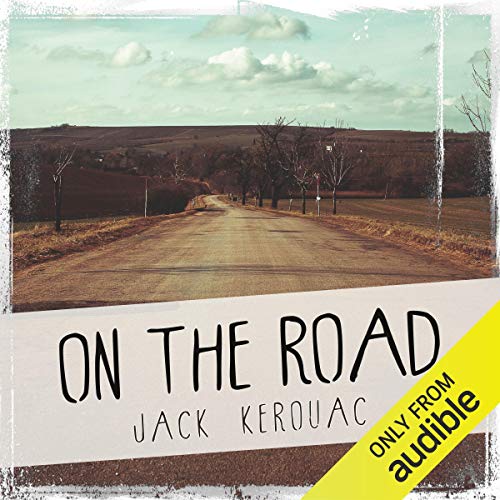 Sal Paradise, a young innocent, joins his hero Dean Moriarty, a traveller and mystic, the living epitome of beat, on a breathless, exuberant ride back and forth across the United States. Their hedonistic search for release or fulfilment through drink, sex, drugs and jazz becomes an exploration of personal freedom, a test of the limits of the American dream.

A brilliant blend of fiction and autobiography, Jack Kerouac's exhilarating novel swings to the rhythms of 1950s underground America, racing towards the sunset with unforgettable exuberance, poignancy and autobiographical passion. One of the most influential and important novels of the 20th century, On the Road is the book that launched the beat generation and remains the bible of that literary movement.

Best and only way to enjoy

I have tried to read this book for years but couldn’t concentrate (English is not my mother tongue).

I decided to give this audio version a try.

Matt Dillon really nails it. It was like sitting in a bar with a good friend, drinking beers and listening to his very long and interesting story about what has happen since we met couple of years back. It is lively and captivating experience, which elevates the book to the heights it deserves.

Highly recommended audio book experience, the best way to enjoy On the Road.

good story and very pleasant telling of it..

when first published it belonged to the most influential books for young people. it is still convincing especially with Matt Dillon reading, because of the pleasant and easygoing way it is told and it's descriptions of experiencing life through road trips and exploring encounters with people as individuals and music - sometimes under the influence of alternated consciousness. no new age self celebration, just real, down-to-earth observations of the writer.
it's interesting how the road trips seem to be less appealing for the writer towards the end, since he says: 'crossing that awful continent again'... maybe just part of growing out of the awe-inspiring road trip feeling...