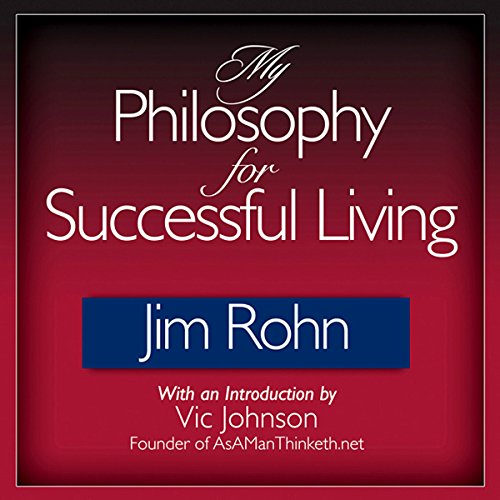 My Philosophy for Successful Living

Before he passed away in December 2009, Jim Rohn had influenced more than 5 million people in all corners of the world. He was counted as a mentor by thousands including the likes of Tony Robbins, Les Brown, Harvey Mackay, Mark Victor Hansen and others.

Jim was one of the most powerful and memorable listening experiences ever because he could take timeless, ageless principles and present them in such a simple way.

Tony Robbins, who first met Jim Rohn when he was 19-years old, said Jim, "had a positive impact on me at a time in my life when I was first forming the philosophies that guide me today." That positive impact continues today with this special edition of Jim's My Philosophy for Successful Living. It's Jim at his best and includes teaching like:

“Jim Rohn is a master motivator—he has style, substance, charisma, relevance, charm, and what he says makes a difference . . . The world would be a better place if everyone heard my friend Jim Rohn.” (Mark Victor Hansen)

Shirt and to the Point, a good Point to start

A good Point to start selfe developement
Thus ist Something to listen over and over again.