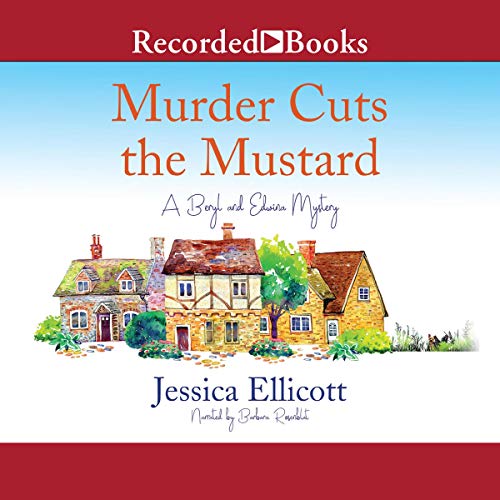 The latest occurrence to disturb the peace in the quaint English village of Walmsley Parva hits rather too close to home - in fact, the prime suspect has taken up residence in Edwina's potting shed. Her elderly gardener Simpkins has been secretly sleeping there after a row with his disreputable brother-in-law and housemate, Hector Lomax.

When Hector is found murdered in the local churchyard, Constable Gibbs comes looking for Simpkins, who was last seen arguing with his kin in the pub the night before. Based on the sad state of her garden, Edwina has grave doubts that the shiftless Simpkins could muster the effort to murder anyone. The two sleuths throw themselves into weeding out suspects and rooting out the real killer.

But this is no garden variety murder. The discovery of a valuable ring, a surprise connection to Colonel Kimberly's Condiment Company, and a second homicide all force Beryl and Edwina to play catch-up as they relish the chance to contain the culprit . . .