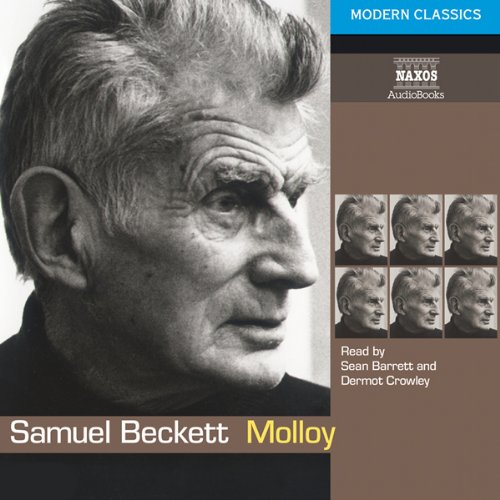 Written initially in French, later translated by the author into English, Molloy is the first book in Dublin-born Samuel Beckett's trilogy. It was published shortly after WWII and marked a new, mature writing style, which was to dominate the remainder of his working life. Molloy is less a novel than a set of two monologues narrated by Molloy and his pursuer, Moran.

In the first section, while consumed with the search of his mother, Molloy lost everything. Moran takes over in the second half, describing his hunt for Molloy. Within this simple outline, spoken in the first person, is a remarkable story, raising the questions of being and aloneness that marks so much of Beckett's work, but is richly comic as well. Beautifully written, it is one of the masterpieces of Irish literature.

"These two skilled actors hold the book together remarkably well....In audio this work takes on the full richness of comedy, probably as Beckett, preeminently a dramatist, intended." ( AudioFile)