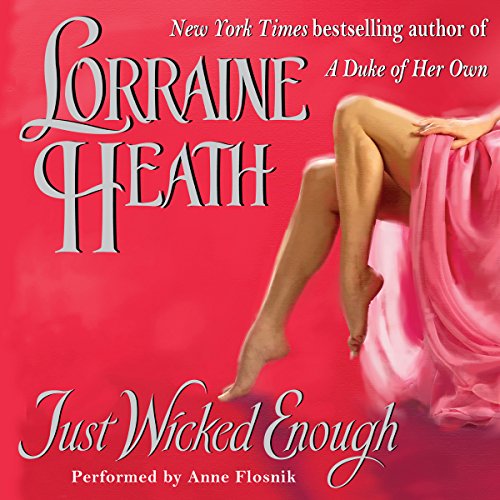 What will she bid?

Desperate for riches, penniless Michael Tremayne, Marquess of Falconridge, is willing to auction away his only possession of value - his title - to the highest bidding American father. But Kate Rose was the last woman he had in mind to marry. The willful and headstrong Kate requires from marriage the one thing Michael is unable to give - powerful, unending love.

Kate refuses to give into her husband's sensual demands until he has earned her love. Michael is not one to back down from a challenge, but neither does he believe in playing by the rules. While he is unfamiliar with love, he is extremely intimate with passion. He is determined to convince Kate that one can substitute for the other. And what better way to convince her than by patiently and skillfully seducing her? Kate never thought marriage would be so mischievous... or that her husband would persuade her to be so sinful.