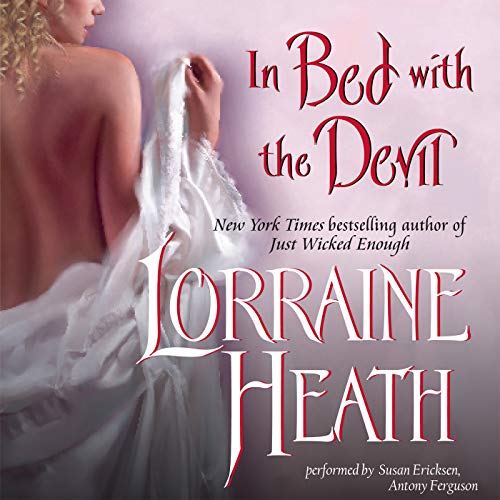 In Bed with the Devil

They call him the Devil Earl - a scoundrel and accused murderer who grew up on the violent London streets. A proper young lady risks more than her reputation when consorting with the roguishly handsome Lucian Langdon, but Lady Catherine Mabry believes she has no choice. To protect those she loves, she would do anything - even strike a bargain with the devil himself.

Lucian desires respectability and a wife above all else, but the woman of his choosing lacks the social graces to be accepted by the aristocracy. Catherine can help Lucian gain everything he wants. But what she asks for in exchange will put their very lives in jeopardy. When danger closes in, Catherine discovers a man of immense passion and he discovers a woman of immeasurable courage. As secrets from his dark past are revealed, Lucian begins to question everything he knows to be true, including the yearnings of his own heart.

Das sagen andere Hörer zu In Bed with the Devil

Was genau hätte man an In Bed with the Devil noch verbessern können?