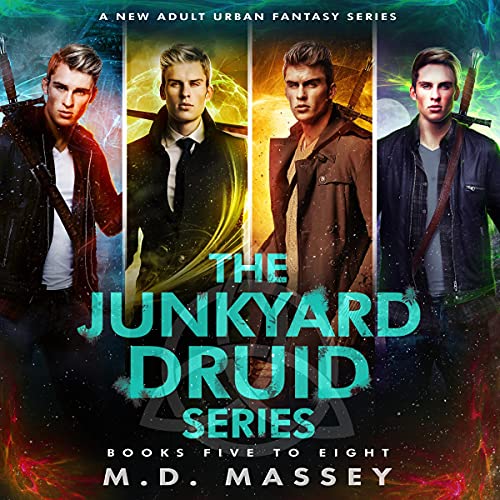 After Colin cuts off their connection to Underhill, the high Fae lose their position of magical supremacy. Sensing a shift in the balance of power, an unknown faction begins a brutal assault on the Fae. Incensed by the injustice of their actions, Colin embarks on a one-man quest to find the persons responsible...so he can mete out some Druid Justice.

When a rookie monster hunter disappears while investigating a series of suspicious murders, druid enforcer Colin McCool is called in to find his young friend and stop the killings. But when his new allies betray him, he'll be forced use every skill at his disposal to evade capture and locate the young hunter...before time runs out for them both!

When a wizard tasks Colin McCool with saving his world from a post-apocalyptic future, he’ll stop at nothing to complete his mission. With the clock ticking down to oblivion, Colin must face an army of vampires and a power-crazed magician - one who could end the young druid and his world, forever....

When Colin goes on the run from the feds, the young druid’s plans to hide in the wild quickly go awry. Now he’s at odds with a murderous specter, bloodthirsty skinwalkers, and an elusive cryptid that might be the key to it all. As each new showdown brings him closer to the truth, he realizes he’s facing a much deadlier enemy...and a fate worse than death itself!