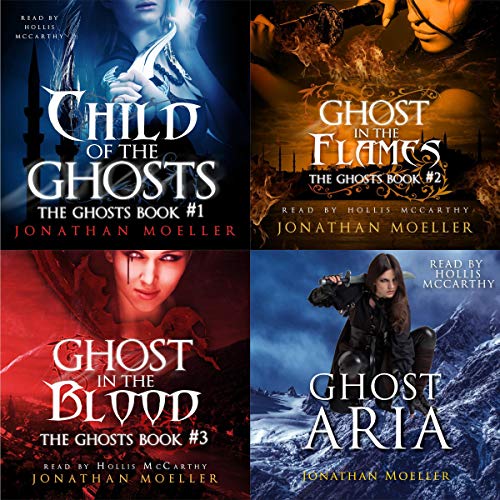 The Ghosts: Omnibus One

Here, for the first time in one volume, are the first three books of the internationally best-selling The Ghosts saga, featuring Child of the Ghosts, Ghost in the Flames, Ghost in the Blood, and the bonus short story "Ghost Aria".

When her life is torn apart by sorcery and murder, young Caina Amalas joins the Ghosts, the legendary spies and assassins of the Emperor of Nighmar. She learns the secrets of disguise and stealth, of assassination and infiltration, and grows from a frightened child to a Ghost nightfighter - a woman who can face the most terrible foes and prevail through boldness and cunning.

But even that might not be enough to save her. For, the evil that destroyed her family seeks to devour the entire world.