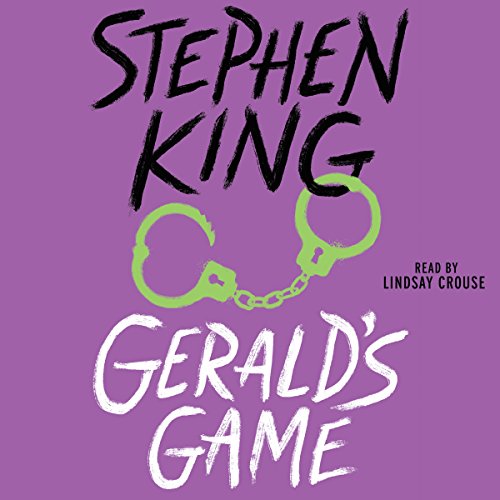 When a game of seduction between a husband and wife ends in death, the nightmare has only just begun in this sinister twist on a bedtime story - a number-one national best seller and "one of Stephen King's best" (USA Today).

Gerald and Jessie Burlingame have gone to their summer home on a warm weekday in October for a romantic getaway. After being handcuffed to her bedposts, Jessie tires of her husband's games, but when Gerald refuses to stop, the evening ends with deadly consequences. Still handcuffed, Jessie is trapped and alone.

Over the next 28 hours, in the lakeside house that has become a prison, Jessie will come face to face with all the things she has ever feared. Her only company is a hungry stray dog and the various voices that fill her mind. As night comes, she is unsure whether it is her imagination or if she has another companion: someone watching her from the corner of her dark bedroom.

A master of his craft, Stephen King's novels haunt in many different ways. Gerald's Game "kept us up half the night, we couldn't put it down" (Newsweek).

Stephen King at its best