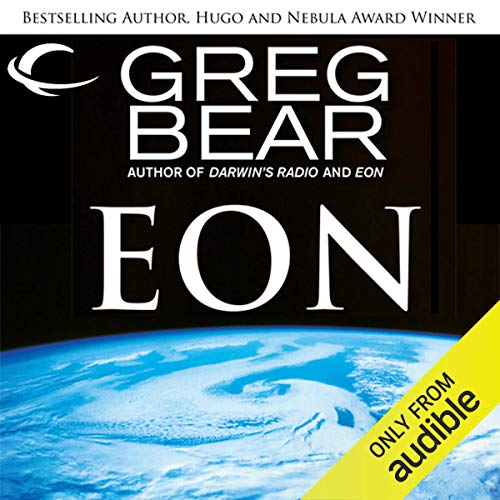 Perhaps it wasn't from our time, perhaps it wasn't even from our universe, but the arrival of the 300-kilometer long stone was the answer to humanity's desperate plea to end the threat of nuclear war. Inside the deep recesses of the stone lies Thistledown: the remnants of a human society, versed in English, Russian and Chinese. The artifacts of this familiar people foretell a great Death caused by the ravages of war, but the government and scientists are unable to decide how to use this knowledge. Deeper still within the stone is the Way. For some the Way means salvation from death, for others it is a parallel world where loved ones live again. But, unlike Thistledown, the Way is not entirely dead, and the inhabitants hold the knowledge of a present war, over a million miles away, using weapons far more deadly than any that mankind has ever conceived.

It is quite an interesting story but I found it heavy on the content. That is the fantasy stuff which brought in a huge amount of new things to listen and imagining. A lot of new names of races, methods and technologies with odd workings and relations. It's like getting thrown into the cold water of a new world with little time to catch up on things.