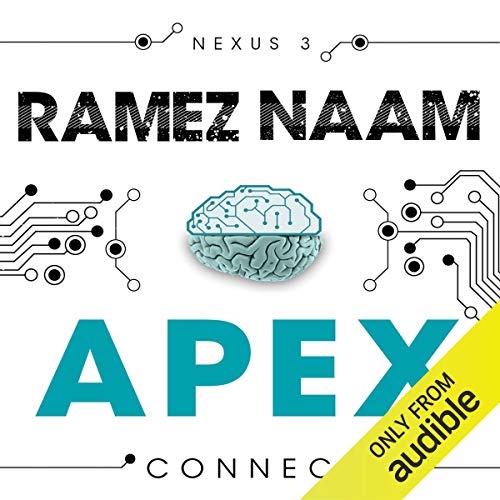 The explosive conclusion to Nexus and Crux.

Global unrest spreads through the US, China, and beyond. Secrets and lies set off shockwaves of anger, rippling from mind to mind. Riot police battle neutrally linked protestors. Armies are mobilized. Political orders fall. Nexus-driven revolution is in here.

Against this backdrop a new breed of posthuman children are growing into their powers. And a once-dead scientist, driven mad by her torture, is closing in on her plans to seize planet's electronic systems and reforge everything in her image. A new Apex species is here. The world will never be the same.

Ramez Naam is a professional technologist and was involved in the development of Microsoft Internet Explorer and Outlook. He holds a seat on the advisory board of the Institute for Accelerating Change, is a member of the World Future Society, a senior associate of the Foresight Institute, and a fellow of the Institute for Ethics and Emerging Technologies.

Please note that following customer feed-back, sections of this product have been re-recorded. New audio has been made available as of 23 October 2015.

Was hat Ihnen am allerbesten an Apex gefallen?

loses progressively quite a fair bit of momentum and the speaker has to work on her impersonation of aged males. still a great saga thou

Speaker is horrible but better story than 1+2

I was negatively surprised by the speaker as it suddenly switched to a woman which sounds stupid for male voices and after two books with male voices I didn't like the new voice.
The story however had more action than the other two and was way better than the first.

Thank you Mr. Raam for this Story and vision, I ben challenged, sucked in and was really enjoying nearly everything.
Unfortunately Stephanie Cannon seemed to me over motivated at times and this results in full on pathetic outbreaks, unbeliveable emotions and unnecessary chewing gum reading.
The story is excellent and exciting, only some parts made me jawn because of repetition and long streched of not really relevant parts
Best

Even though i really was into the story i had to stop listening because i couldn't stand the readers voice anymore.
She sounds so unbearably whiny and sobbing, it just ruins everything, it was driving me nuts!
Please take her out of business before she can do more damage!
What a waste of a really extraordinary story!

Good story but terrible narrator, had to stop listening. My daughter said it sounds like a ill cat.