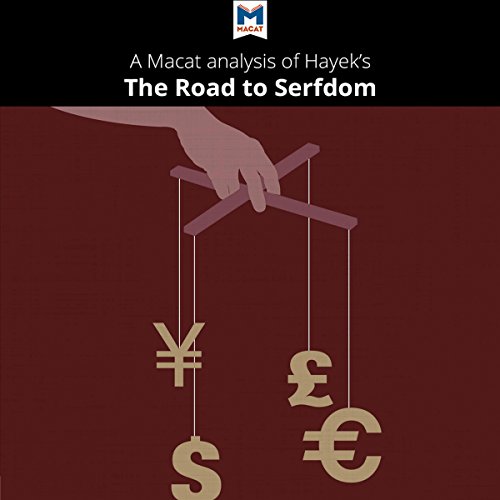 A Macat Analysis of Friedrich Hayek's The Road to Serfdom

Austrian-born economist Friedrich Hayek's 1944 work, The Road to Serfdom, analyzes the ways in which excessive government planning can erode democracy. Published while World War II still raged, the work draws influential parallels between the totalitarianism of both socialism and Nazism and increasing control exerted by Western democracies.

Drawing on observable evidence from Fascist Italy, Nazi Germany, and the Soviet Union, Hayek demonstrates the ways in which government economic planning, in particular, erodes the mechanisms of democracy and individual freedom along with it.

A key work of the post-World War II era, The Road to Serfdom is still relevant today, more than 70 years after it was first published. It continues to be hailed by opponents of big government and central planning as well as defenders of free-market capitalism. Hayek has been translated into more than 20 languages and has influenced the economic policies of many governments.