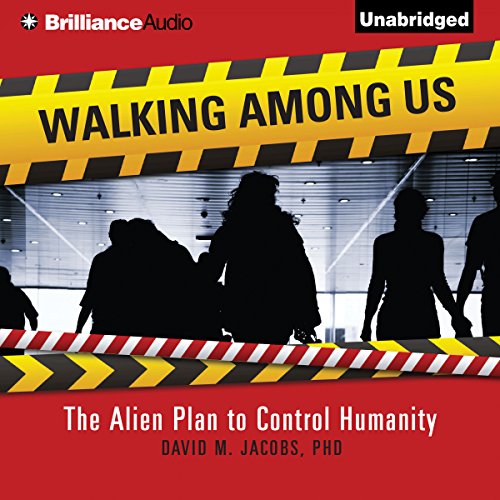 In his 1998 book, The Threat, Jacobs uncovered disconcerting reports about aliens' plans for the future of Earth. He reported that a "change" is coming; a future when very human-like hybrids would intermingle with humans in everyday life. "Soon we will all be together," the aliens said. "Soon everyone will be happy and everyone will know his place."

This audiobook examines a chilling phenomenon that Jacobs began noticing in 2003. The alien integration action plan has kicked into high gear. The incidents of alien abductions have declined as occurrences of alien involvement in everyday life have accelerated. A silent and insidious invasion has begun. Alien hybrids have moved into your neighborhood and into your workplace. They have been trained by human abductees to "pass," to blend in to society, to appear as normal as your next door neighbor.

This audiobook illustrates in detail the process of alien integration into society and the strategy and support structure that has been developed to make this happen seamlessly. While he is not certain why they are doing it, the final chapter of the audiobook will provide some chilling possible answers as to why they are here and what they want to accomplish.

Jacobs is a careful researcher who has investigated more than 1150 abduction events experienced by more than 150 abductees. This audiobook focuses on the experiences of thirteen abductees.