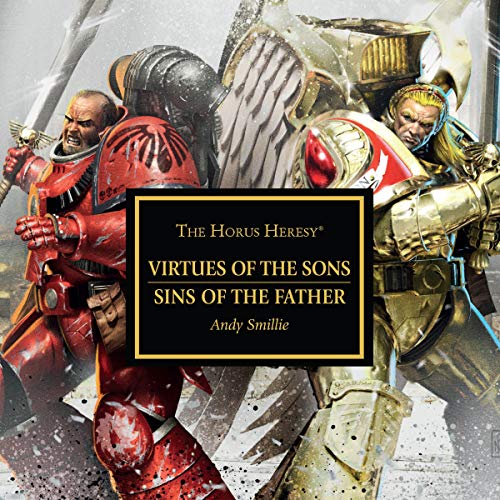 Virtues of the Sons | Sins of the Fathers

Virtues of the Sons | Sins of the Fathers

For more than 200 years, the armies of the Emperor of Mankind fought to reconquer the galaxy - led by the superhuman primarchs, the Space Marine Legions brought countless worlds back under the rule of ancient Terra.

Now Horus, once honoured Warmaster and favoured son of the Emperor, has been corrupted by the whispered promises of Chaos. At his command the Imperium is torn apart by a terrible and bloody civil war, the likes of which the galaxy has never seen....

Many and varied are the ancient traditions of Baal Secundus, home world of the IXth Legion, and foremost among these traditions is the Tempest of Angels. Intended to demonstrate skill in attack or defence, in recent times this symbolic duel has been used by the primarch Sanguinius to test his most loyal sons.

Now, with the galaxy descending into madness and civil war, he must urge Azkaellon and Amit to put aside their rivalry and learn the lessons of both the past and shadowed future alike.