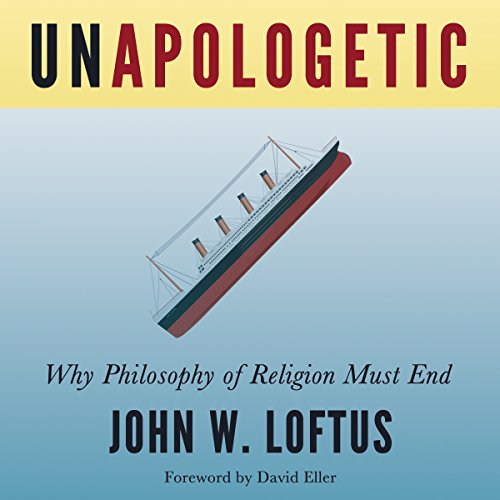 Just as intelligent design is not a legitimate branch of biology in public educational institutions, nor should the philosophy of religion be a legitimate branch of philosophy. So argues acclaimed author John W. Loftus in this forceful takedown of the very discipline in which he was trained. In his call for ending the philosophy of religion, he argues that, as it is presently being practiced, the main reason the discipline exists is to serve the faith claims of Christianity. Most of the philosophy of religion has become little more than an effort to defend and rationalize preexisting Christian beliefs. If subjects such as biology, chemistry, physics, and geology are all taught without reference to faith-based supernatural forces as explanations, faith-based teachings should not be acceptable in this discipline either. While the book offers a fascinating study of the fallacies and flaws on which one whole field of study rests, it speaks to something much larger in the ongoing culture wars. By highlighting the stark differences between faith-based reasoning and evidence-based reasoning, Loftus presents vital arguments and lessons about the importance of critical thinking not only in all aspects of study but also in life. His conclusions and recommendations thus resonate far beyond the ivory towers and ivy-covered walls of academic institutions.