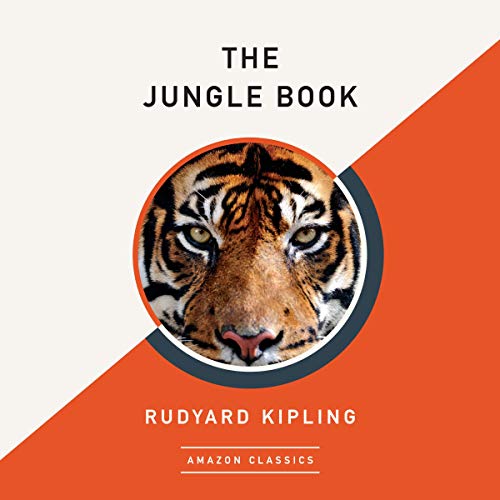 Orphaned as a baby, human-boy Mowgli is adopted by wolves, befriended by Baloo the bear, and educated in the wonders and dangers of the Indian jungle. But the adventures of The Jungle Book don't end with the young man-cub and his unusual new family. Through tales of Kotick the White Seal, Rikki-tikki-tavi the mongoose, and others, listeners learn about courage and survival, rules and order, principles and morals, coming-of-age, and the thrill of self-discovery.

Rudyard Kipling's fables reflect both his childhood in India and his vivid imagination, while exploring the relationship between civilization and the wild.

AmazonClassics brings you timeless works from the masters of storytelling. Ideal for anyone who wants to hear a great work for the first time or rediscover an old favorite, these new editions open the door to literature's most unforgettable characters and beloved worlds.