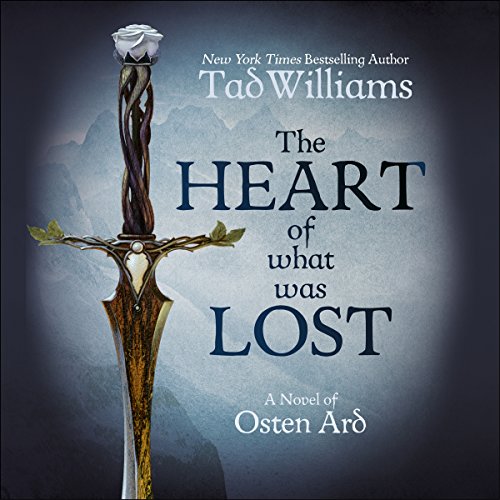 The Heart of What Was Lost

The long-awaited continuation of one of the greatest fantasy trilogies ever written.

The world was nearly destroyed, but now knows hope again. At the end of Memory, Sorrow, and Thorn, Ineluki the Storm King, an undead spirit of horrifying, demonic power, came within moments of stopping Time itself and obliterating humankind.

He was defeated by a coalition of mortal men and women joined by his own deathless descendants, the Sithi. In the wake of the Storm King's fall, Ineluki's loyal minions, the Norns, retreat north to Nakkiga, an ancient citadel which holds a priceless artefact known as The Heart of What Was Lost.

They are pursued by the army of Duke Isgrimnur who is determined to wipe out the Norns for all time.

The two armies will soon clash in a battle so strange and deadly, so wracked with dark enchant¬ment, that it threatens to destroy not just one side but quite possibly all.

Das sagen andere Hörer zu The Heart of What Was Lost