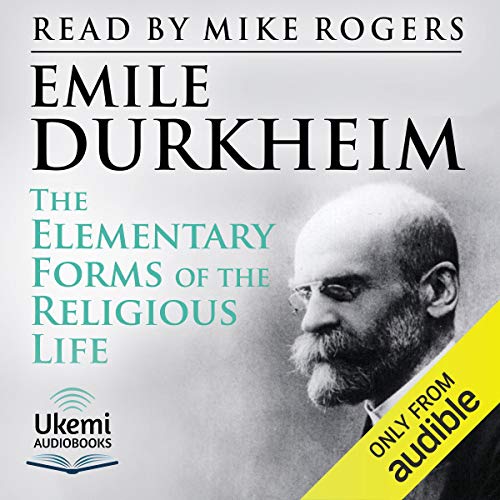 The Elementary Forms of the Religious Life

Religion is at the heart of man’s societies. ‘For a long time,’ Durkheim writes early on in his book, ‘it has been known that the first systems of representations with which men have pictured to themselves the world and themselves were of religious origin.’

Durkheim decided to examine how and why this phenomenon functioned and evolved - by looking specifically at simple societies and their religions, rather than at religions in more complex or developed societies. By examining the religious belief systems, their stories and their structures from sociological and anthropological perspectives, he set out to explore the way religions emerged from the group and what they represented for the group.

All judgments on the religious content were suspended. What were the practices, the ethics, what were the beliefs, and how did they reflect and interact with the society from which they sprang? This study, he hoped, would ‘lead to an understanding of the religious nature of man, that is to say, to show us an essential and permanent aspect of humanity’.

He further wrote, ‘The most barbarous and the most fantastic rites and the strangest myths translate some human need, some aspect of life, either individual or social. The reasons with which the faithful justify them may be, and generally are, erroneous; but the true reasons do not cease to exist and it is the duty of science to discover them.’

Religion, he concludes, was a basic social institution. Durkheim shone his spotlight on practices among the Aborigines of Australia and other societies - including the Sioux, Samoan and Melanesian - with the intention of extrapolating his findings into the broader, modern world.

David Émile Durkheim (1858-1917), played a leading role in establishing the discipline of sociology - becoming the first professor of sociology in France. His major works include The Division of Labour in Society (1893) and Suicide (1897), but The Elementary Forms of the Religious Life (1912) is still widely read today. Mike Rogers gives an engaged reading.