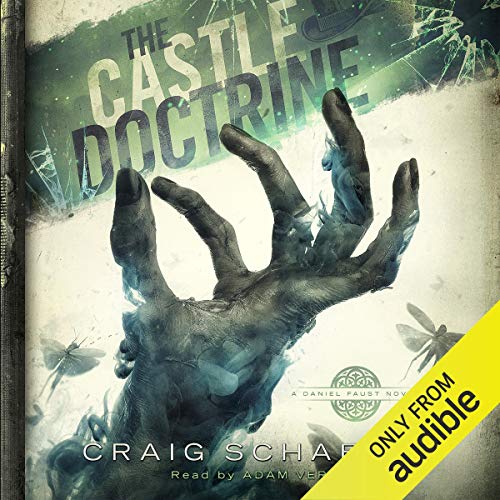 Out of prison and back on the streets, Daniel Faust returns home to a city on fire. The Chicago mob is making their play for control of Las Vegas, with an army of gunmen and a lethal shapeshifter on their side, while Daniel's friend Jennifer marshals the forces of the Vegas underworld. Staying on the sidelines isn't an option, especially when a Metro detective orders him to get the war under control - and if he can't, he'll expose Daniel's secrets to the FBI.

It's a bad time for ghosts of the past to come calling, but Damien Ecko is on his way with a hit list and a legion of walking corpses. Marked for death by the courts of hell, the mad necromancer plans on making sure that everyone who framed him, Daniel first and foremost, dies along with him. Hunted by the living and the dead, pushed to his limits, Daniel will have to be smarter, faster, and more ruthless than he's ever been. He'll need to call upon new, dark powers, and darker allies.

His enemies thought they took everything he had. They couldn't take his hunger. When this war is over, Daniel Faust will rise like a phoenix...or go down in flames.