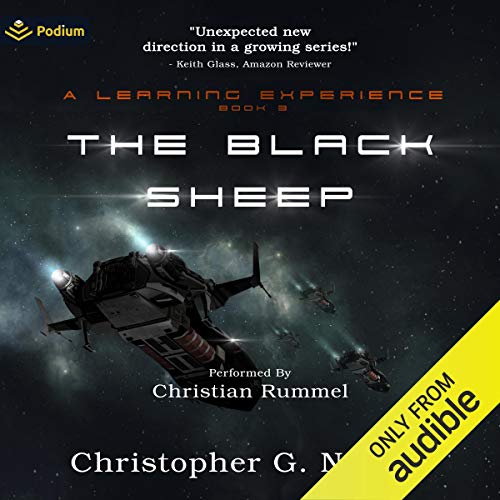 In the wake of Earth's collapse into chaos, Captain Hoshiko Stuart made the mistake of speaking her mind - and was exiled six months from Sol to a naval base in an unexplored and uncontacted sector. Placed in command of a single squadron of starships, she expected nothing but boredom.

But when she discovers an alien race threatening to exterminate all other races within the sector, Hoshiko and her squadron are drawn into a war to stop them, even if it means forging an alliance with aliens who may themselves become a threat to humanity and building an empire that may alienate her from her family once and for all.

The Black Sheep is the third stand-alone book in A Learning Experience.