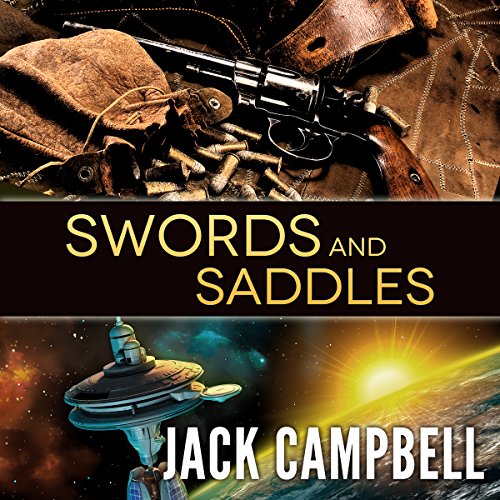 The Rift: Answering a distress call from a colonized planet, a combat team finds themselves ambushed. They manage to scrabble their way to a remote research facility in the countryside, joining a group of schoolchildren that have holed up with the researchers - three groups united in fear that their lives will last only as long as they can avoid discovery by the aliens that have come to their planet.

Swords and Saddles: When lightning strikes Captain Ulysses Benton and his US Cavalry Fifth Regiment, they recover to find an ancient structure in the desert that they've never seen before - and writing in a language none of them recognize. It soon becomes clear that wherever it is they are, it isn't 1870s Kansas.

Failure to Obey: When Lieutenant Jen Shen saves the day after a terrorist attack on a space station, she gets a medal, but Ivan Sharpe, a fellow officer and Paul's former master-at-arms, gets a court martial. In a classic court martial scene that rivals the best in American literature, Paul has to work behind the scenes to save Ivan's military career.