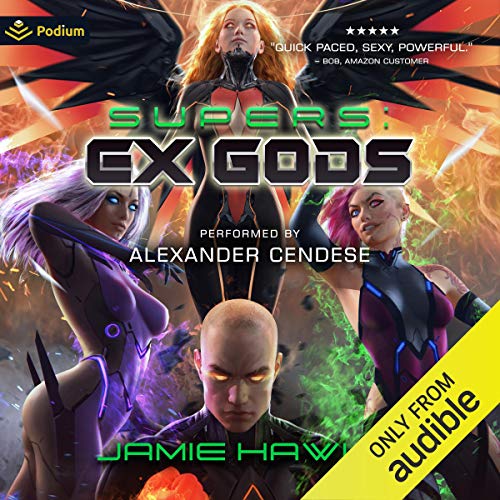 A Marine in space, three hot super ladies, and an army of supervillains out to get them. What could go wrong?

All I wanted to do was have some R&R from my time in space with the Marine Corps. My tour was done, my days fighting bad guys over once and for all.

Or so I thought. But damn was I wrong. So f--king wrong.

Imagine being told you're going to be responsible for bringing a child into the world, one who would have the power to change it all, to once and for all fight off the evil forces threatening to enslave our galaxy and that of the supers who brought the message.

That's what happened to me, and now I have to fly across a foreign galaxy and find the super women whose DNA would combine with mine to make the perfect match. We're being hunted by supervillains whose mission it is to terminate us, fighting off their minions while, well…you know. Doing what needs to be done to try and create a baby.

Don't judge me. Any Marine would've jumped at this opportunity, as crazy as it might seem. Just sit back, strap in, and enjoy the ride.

Warning: This audiobook contains graphic adult content, beautiful and strong ladies, a hot vet who brings it like it has never been brought, and more super powers and super awesomeness than should be allowed. If any of this offends you, run. If you like it, scroll up and buy your copy today.

This is the story of the main character's brother from the Supers: Ex Heroes series. It can be listened to first or second - either way works.