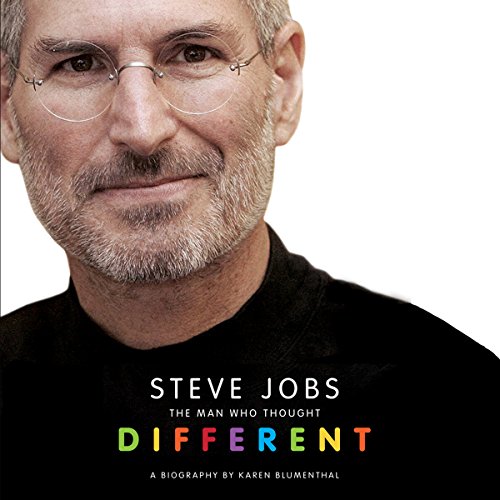 "Your time is limited... have the courage to follow your heart and intuition."
—Steve Jobs

From the start, his path was never predictable. Steve Jobs was given up for adoption at birth, dropped out of college after one semester, and at the age of 20, created Apple in his parents' garage with his friend Steve Wozniack. Then came the core and hallmark of his genius - his exacting insistence on perfection, his counterculture life approach, and his level of taste and style that pushed all boundaries. A devoted husband, father, and Buddhist, he battled cancer for over a decade, became the ultimate CEO, and made the world want every product he touched.

Critically acclaimed author Karen Blumenthal takes us to the core of this complicated and legendary man while simultaneously exploring the evolution of computers. Framed by Jobs' inspirational Stanford commencement speech, this is the story of the man who changed our world.