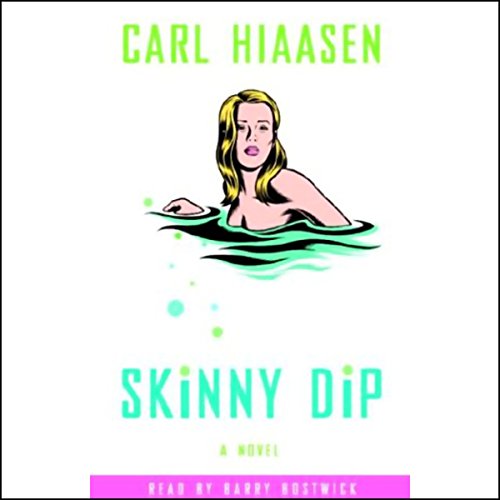 Chaz Perrone might be the only marine scientist in the world who doesn’t know which way the Gulf Stream runs. He might also be the only one who went into biology just to make a killing, and now he’s found a way - doctoring water samples so that a ruthless agribusiness tycoon can continue illegally dumping fertilizer into the endangered Everglades. When Chaz suspects that his wife, Joey, has figured out his scam, he pushes her overboard from a cruise liner into the night-dark Atlantic.

Unfortunately for Chaz, his wife doesn’t die in the fall. Clinging blindly to a bale of Jamaican pot, Joey Perrone is plucked from the ocean by former cop and current loner Mick Stranahan. Instead of rushing to the police and reporting her husband’s crime, Joey decides to stay dead and (with Mick’s help) screw with Chaz until he screws himself.

As Joey haunts and taunts her homicidal husband, as Chaz’s cold-blooded cohorts in pollution grow uneasy about his ineptitude and increasingly erratic behavior, as Mick Stranahan discovers that six failed marriages and years of island solitude haven’t killed the reckless romantic in him, we’re taken on a hilarious, full-throttle, pure Hiaasen ride through the warped politics and mayhem of the human environment, and the human heart.

"Hiaasen's signature mix of hilariously over-the-top villains, lovable innocents and righteous indignation at what mankind has done to his beloved Florida wilderness is all present in riotous abundance in his latest....Hiaasen's books are so enjoyable it's always a sad moment when they end." ( Publishers Weekly)
"No reprobate escapes the satirical eye of Hiaasen, who writes like the love child of Hunter S. Thompson and Evelyn Waugh....Like Hiaasen's nine previous novels, this one's a corker, chock-full of belly laughs and blistering truths." ( Booklist)