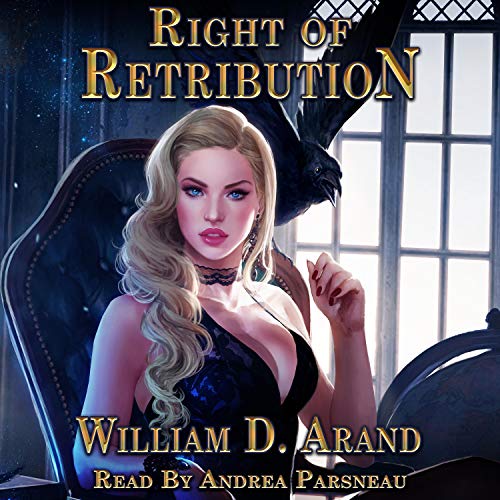 He got up, went to work, answered phone calls in a call center, went home, spent time with his daughter, and went to sleep.

Life was as mundane as anyone could ever fear it to be.

Today was the day that all that would change.

On this day, his daughter Maya would be nearly fatally injured, plunging Warner into a world of paranormal creatures, monsters, and magic he’d never known existed.

The only consolation is that he discovers he’s not quite human, either.

Nor is he very happy with the way of the world or how it spun. Built on corruption, lies, and injustice for all.

An unlikely answer comes to him that fits his wounded heart.

Justice handed out by him personally. Vengeance and retribution in equal measure to all that deserve it.

Using his newfound powers and unbending determination, Warner is going to carve a path through the world that’ll send the darkest corners of existence fleeing before him. Even as he crushes them beneath his furious strikes.

The very world will tremble with his actions and fear his coming.

Warning and minor spoiler: This novel contains graphic violence, undefined relationships/harem, unconventional opinions/beliefs, and a hero who is as tactful as a dog at a cat show. Listen at your own risk.

The seer destroys the story, the moment she enters the story goes bad. Her character isn't the problem, she is quirky and loveable, but everything that happens after the protagonist meets her feels wrong and it broke my suspension of disbelief so badly I had to cut my losses and stop the story. It's quite sad, I like the story before that pretty much.