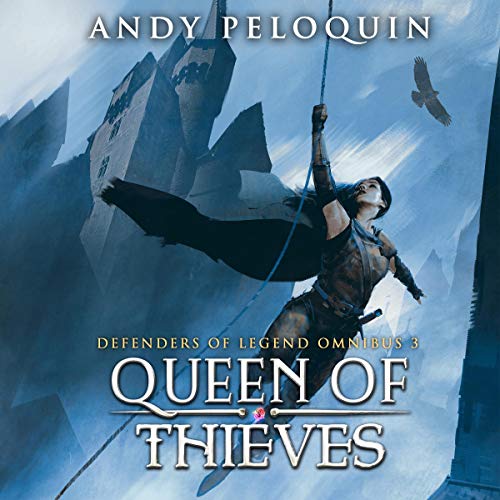 They killed her family. They ripped apart her home. But to repay her debts, she'll have to sacrifice her innocence.

Three gripping novels of grim, dark intrigue in the underworld of thieves and cutthroats!

Robbed of everything she loves, Viola mourns the sudden loss of her mother. Now burdened with an impossible debt to the Night Guild, she’s forced to train as a cunning thief. Subjected to cruelty at every turn, the scrawny criminal apprentice vows to survive long enough to become the kingdom’s best.

Thrown together with unlikely allies, her burgeoning skills draw the attention of sadistic bullies and jealous rivals with dark intentions. But fueled by grief-filled rage, Viola won’t let anything distract her from preparing for the Guild’s most treacherous test.

In a cutthroat den of thieves, can Viola rise to power and outrun a brutal death?

The gripping Queen of Thieves epic fantasy series is not for the faint of heart. If you like grim dark battles, improbable heroines, and graphic scenes, then you’ll love Andy Peloquin’s unflinching coming-of-age tale.

Listen to Queen of Thieves for a pitch-black tale of a thievery today!

Warning: This book contains one scene of graphic sexual assault and is not suitable for all ages.

From the Author: This Omnibus is a self-contained, stand-alone series set in the same world as Defenders of Legend number one and number two, but can be listened to either before or after. Chronologically, it occurs before the events of the previous collections.

In the Queen of Thieves Box Set Audiobook:

Child of the Night Guild (Book 1)

Thief of the Night Guild (Book 2)

Queen of the Night Guild (Book 3)