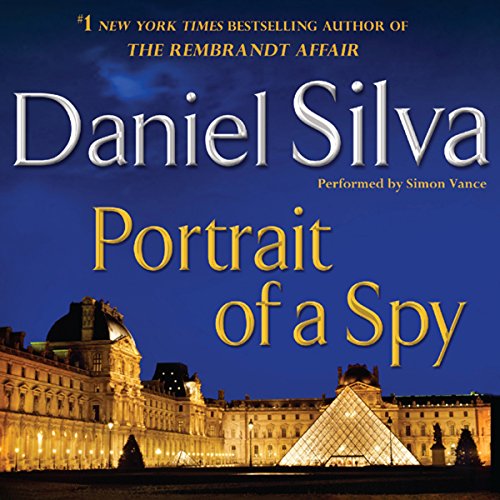 Portrait of a Spy

Haunted by his failure to stop a suicide bomber in London, Gabriel Allon is summoned to Washington and drawn into a confrontation with the new face of global terror. At the center of the threat is an American-born cleric in Yemen who was once a paid CIA asset.

Gabriel and his team devise a daring plan to destroy the network of death - from the inside - a gambit fraught with risk, both personal and professional. To succeed, Gabriel must reach into his violent past. A woman waits there, a reclusive heiress and art collector who can traverse the murky divide between Islam and the West. She is the daughter of an old enemy, and together they form an unlikely and dangerous bond.

Set against the disparate worlds of art and intelligence, Portrait of a Spy moves swiftly from the corridors of power in Washington to the glamorous auction houses of New York and London to the unforgiving landscape of the Saudi desert. Featuring a climax that will leave listeners haunted long after the final words, this deeply entertaining story is also a breathtaking portrait of courage in the face of unspeakable evil - and Daniel Silva's most extraordinary novel to date.

I couldn't focus on this story. It was too clichéd for my taste. the terrorists are Muslims and the Israeli secret service is saving the world while the Americans are eager but hesitant because of their own geopolitical loyalty web. Muslim women are abused, Western men save them. Not my taste really.