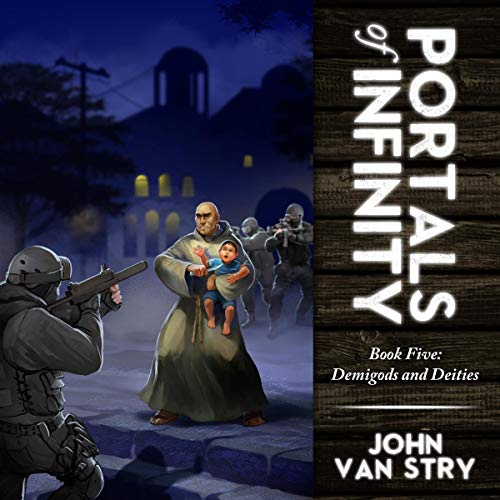 Life can be complicated for those who the gods pick as their champions, and for William, it's really no different. Between dealing with issues at home for his god Feliogustus, to helping Queen Rachel defend Hiland against the growing threat of Barassa, to being loaned out to other gods in other spheres, William has been kept busy.

Many of these tasks have had consequences however. Some of those William expected, and for one of them the time has come to deal with it and a trip back to Sireen may soon be in order. Complicating that matter however are those who are holding a grudge against William for his thwarting of their actions. But when the followers of another god kidnap his youngest child, William's first question is, is this revenge, or is there something special about his child? With both his god, and the goddess Aryanna mostly mute on the issue, beyond their one command to keep the child "hidden", William wonders what it is they won't say, and why.

As always, there are things you need to take on faith when you work for a god, but sometimes their responses can be very frustrating. Especially when they order you not to ask questions, but the welfare of your own child is involved. Add to that some equally strange discoveries about his old foe Cenewyg back on Earth, which are also affecting his life and William is left with more questions than for which he has answers.