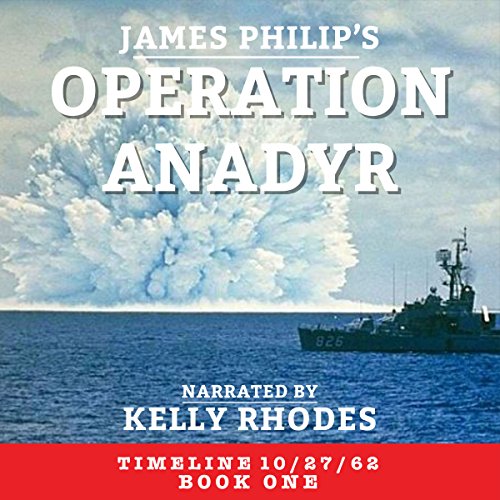 The Cuban Missiles Crisis didn't end peacefully and the '"swinging sixties" didn't happen. On Saturday, October 27, 1962, American and Soviet geopolitical brinkmanship resulted in the most terrible war in human history. The forever changed world that remained when the thermonuclear fires had burned themselves out is the world of Timeline 10/27/62.

Operation Anadyr is Book One of the alternative history series, Timeline 10/27/62.

Operation Anadyr is about the first hours of that alternative history of the world. It is about living through the cataclysm, and wondering how it happened. How did the unthinkable happen? How could our leaders let it happen? How does one quantify the magnitude of the disaster? And what of the survivors living with the aftermath of a world gone mad? Operation Anadyr confronts these questions. In Operation Anadyr, the anatomy of the disaster is writ plain and the men and women who survive it begin to find their voices.

Why Timeline 10/27/62? Because that date is a very significant date in my life and in the lives of everybody else in the world alive today because on Saturday, October 27, 1962, World War III almost started. World War III probably wouldn't have lasted very long, because one side would have been swiftly obliterated in the first 24 hours of a cataclysm that would have left vast tracts of the Northern Hemisphere uninhabited and uninhabitable for decades to come. Perhaps, a quarter of the world's population would have died in the firestorm or in the starvation and the plagues that would have ensued in the following weeks and months.