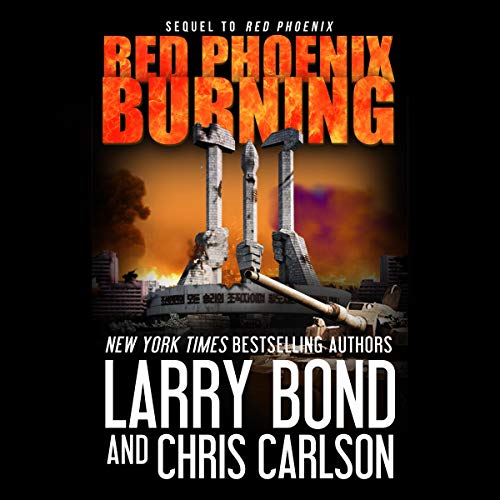 North Korea has one of the world's largest standing armies, capable of unleashing a massive arsenal of chemical and nuclear weapons. With an unstable government, led by the Kim dynasty under absolute dictator Kim Jong Un, North Korea more closely resembles an organized crime ring than a real nation-state. Millions live on the edge of starvation while Pyongyang's ruthless generals, crooked bureaucrats, and vicious secret police wage a covert war against each other to expand their rival fiefdoms. Red Phoenix Burning imagines the collapse of this corrupt regime, an implosion that triggers a bloody civil war among the North's brutal factions. As the conflict worsens, the world is dragged into a violent and rapidly widening confrontation amid North Korea's shattered ruins, right to the edge of an all-out war that could engulf the entire civilized world.

Fans of the original Red Phoenix will be delighted to see favorite characters like Colonel Kevin Little, Brigadier General Tony Christopher, and Colonel Rhee Han-Gil returning to battle, older and wiser, alongside new cast of heroes and villains. Red Phoenix Burning will also offer listeners a deeper look behind today's headlines of turmoil and uncertainty - a look made all the more profound by the in-depth knowledge of war, military technology, and geopolitics brought to bear by Larry Bond and his co-authors.