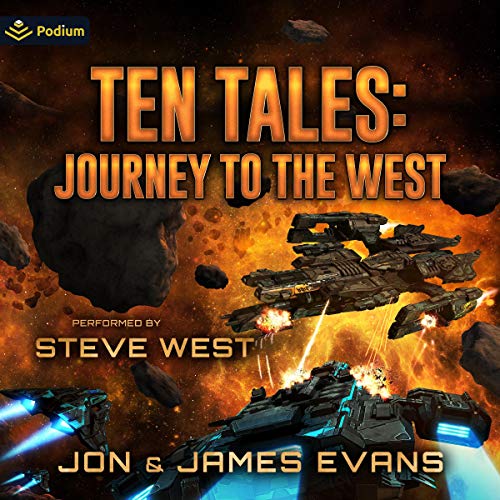 Ten Tales: Journey to the West

Ten's mission is supposed to be simple. Provide overwatch for his team.

Captain Warden and Lance Corporal Goodwin are the space marines with the hard job. They have to infiltrate a Deathless base, identify and capture a senior officer and extract him from under the nose of his soldiers, preferably without dying in the process. They’re relying on Ten to watch their backs, but when he is accosted by the denizens of the jungle he’s yomping through, he has to make a tough choice between speed and humanity. Should he go for the quick option of violence, using decades of experience as a commando to free himself of his captors? Or will he exercise restraint and rely on his rusty social skills and find a diplomatic solution?

Already behind schedule and with his team in the line of fire, how will Ten complete his journey?

Journey to the West takes place during Ascendant, book three of The Royal Marine Space Commandos series. If you like fast-paced military sci-fi, with rousing action, heroic deeds, and a bunch of Brits looking for their next cup of tea, you’ll love the RMSC universe.