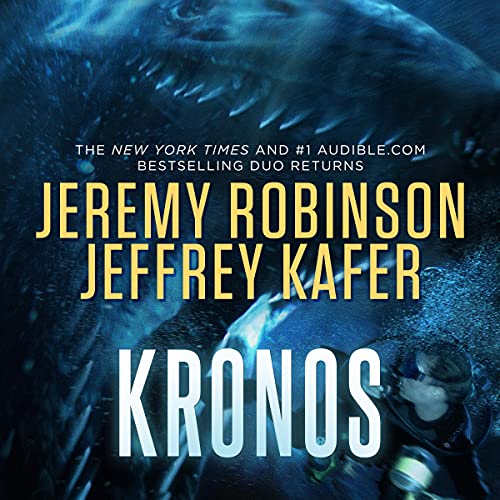 Two years after his wife’s death, oceanographer and former navy SEAL, Atticus Young attempts to reconcile with his rebellious daughter, Giona, by taking her on the scuba dive of a lifetime - swimming with a pod of peaceful humpback whales in the Gulf of Maine. But the beauty of the sea belies a terror from the deep - a horrific creature as immense as it is ancient. There is no blood, no scream, no fight. Giona is swallowed whole by the massive jaws. Only Atticus remains to suffer the shame of the survivor and his inconsolable grief turns to an unquenchable thirst for revenge. Drawn by the spectacle, Trevor Manfred, a ruthless billionaire, approaches Atticus with a proposition: Trevor will make available all the advanced technology of his heavily armed mega-yacht, the Titan, to aid Atticus in his death-quest. In return, Trevor is to receive the beast’s corpse as the ultimate hunting trophy. But in the midst of the hunt, Atticus makes a terrifying discovery that changes the way he sees the ocean’s creatures and begs the question: What is Kronos? The answer sets him on a new and much more deadly course.

This updated edition has been reedited, revised, repackaged, and expanded, making this new edition of Kronos superior to all that came before.