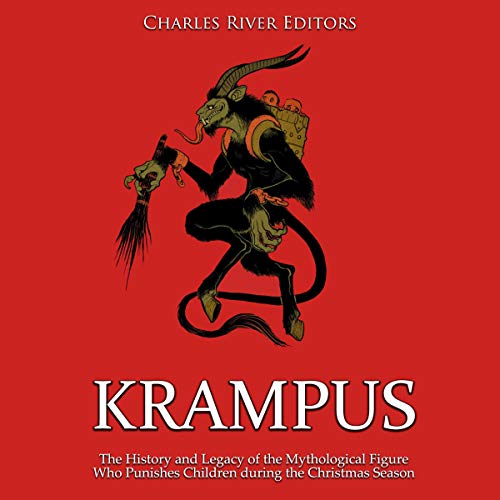 Krampus: The History and Legacy of the Mythological Figure Who Punishes Children During the Christmas Season

“'Tis late night in Bavaria, and all through the village, the grownups are drunk, full of beer and such swillage; While children a-tremble, hide deep in their beds, fearful the Krampus will rip off their heads.” (Ann Hart, “Krampusnacht”, 2016)

Krampus: The History and Legacy of the Mythological Figure Who Punishes Children During the Christmas Season examines the pagan and Christian influences of the yuletide villain and dives into the riveting and frightening history behind the creature. You will learn about Krampus like never before.

Christmas is the most important holiday of the year. After the corresponding days that exalt the national pride of each country, such as Independence Day in the US, Victory Day in Russia, or Bastille Day in France, it's December 25 that articulates the life, the work, and the economy in much of the world, including many non-Christian countries. Since ancient times, the beginning of winter has been the occasion for most people to eat, drink, dance, and get together to beat the drum and take a break.

Though Santa had many influences, his most famous is St. Nicholas, a fiercely religious philanthropist who dedicated his life to helping the disadvantaged. He was not just a beloved bishop, but a fierce defender of the faith who remained undaunted in the face of persecution. To brand him a pious and God-fearing individual would be a massive understatement - indeed, he was to those around him the definition of a walking divinity and an unrivaled miracle worker sent straight from Heaven.

After Nicholas of Myra’s death, December 6 became his feast day, and over the centuries, children anticipated his appearance with gifts. However, other children, particularly those of the mischievous sort, trembled under their covers on December 6 because they could not look forward to tinkling sleigh bells or belly-shaking laughs. Instead, they feared the disconcerting sounds of heavy breathing, guttural growls, and rattling chains, all of which came from the terrifying Krampus.

Despite the best efforts of the Catholic Church and other conservative groups, Krampus is in the midst of a major renaissance, penetrating not only modern literature, but even becoming a fixture of pop culture. This is evidenced by the creature's recent starring roles in the films Krampus, Night of the Krampus, and Mother Krampus and its cameos in such TV shows and animations as Grimm, Supernatural, American Dad, and Venture Brothers.

Das sagen andere Hörer zu Krampus: The History and Legacy of the Mythological Figure Who Punishes Children During the Christmas Season