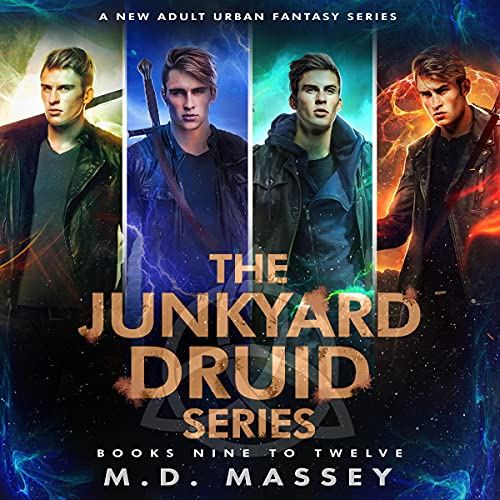 Druid apprentice Colin McCool survived his final confrontation with the Dark Druid. Unfortunately, that improbable stunt attracted the attention of certain evil gods who fear his rapid rise in power. With a slew of demigod assassins on his tail, the young druid has but one choice: fight or be damned to the dead realm of Tech Duinn, forever.

After defeating a psychotic demigod, Colin wants nothing more than to retreat to his beloved junkyard in peace. Unfortunately, the Celtic gods are bringing the fight to Colin’s doorstep - whether he likes it, or not. Can Colin evade the Tuatha Dé Danann, all while bringing a dangerous master vampire to heel? And if worse comes to worst, can he survive a direct confrontation with a god?

Colin barely escaped his confrontation with the gods of Mag Mell in one piece. Now, his mentor’s life now hangs by a thread and only one entity has the power to help. Can the journeyman druid rescue the Celtic god of healing and convince him to save his dearest friend?

After tweaking the noses of the gods one too many times, the Mórrígan and her sorceress sidekick Fuamnach want Colin’s head. Tired of running, the young druid decides it’s time to make his final stand. Does he have what it takes to unlock the secrets to druid mastery? And will that be enough to stop two of the most powerful goddesses in the Celtic pantheon from destroying everything he holds dear?