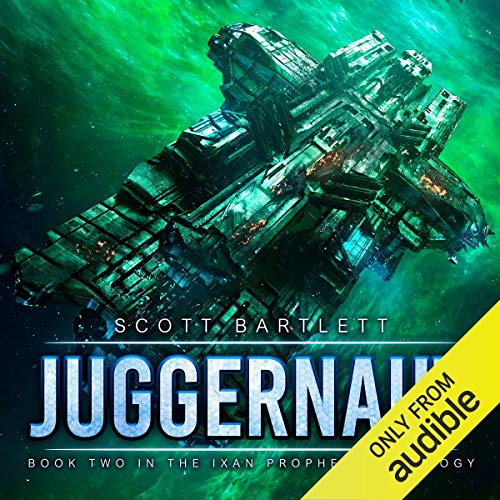 Captain Keyes has succeeded in forging an uneasy alliance - at the cost of making some powerful enemies.

Now, he's wanted throughout the galaxy. Even worse: they're after his ship. His enemies inside the UHF have realized that only the Providence stands even a slight chance of stopping them.

The Ixan Prophecies continue to come true, and humanity's doom is taking shape. The UHF ignores the mounting public panic, obsessed instead with waging prolonged war against a species that was recently an ally.

While the UHF attacks its allies, the real enemy is approaching. For Captain Keyes, there remains only one way to make sure there's something left of humanity to fight the coming Ixan onslaught: he must take down the UHF.

The juggernaut is coming.