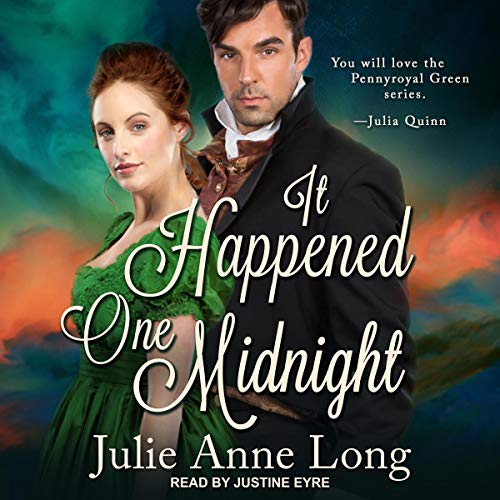 It Happened One Midnight

More than one beautiful woman's hopes have been dashed on the rocky shoals of Jonathan Redmond's heart. With his riveting good looks and Redmond wealth and power, the world is his oyster - until an ultimatum from his father and a chilling gypsy prophecy send him hurtling headlong toward a fate he'll do anything to avoid: matrimony.

Intoxicating, elusive Thomasina de Ballesteros has the bloods of London at her feet. But none of them knows the real Tommy - the one with a shocking pedigree, a few too many secrets, and a healthy scorn for rakes like Jonathan.

She's everything Jonathan never wanted. But on one fateful midnight, he's drawn into Tommy's world of risk, danger...and a desire he'd never dreamed possible. And suddenly he's re-thinking everything...including the possibility that succumbing to prophecy might just mean surrendering to love.