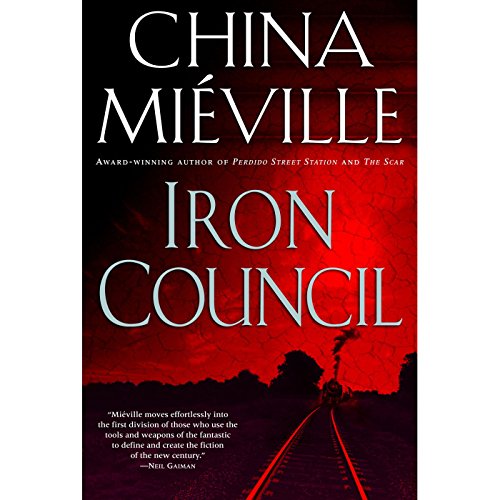 Following Perdido Street Station and The Scar, acclaimed author China Miéville returns with his hugely anticipated Del Rey debut. With a fresh and fantastical band of characters, he carries us back to the decadent squalor of New Crobuzon - this time, decades later.

It is a time of wars and revolutions, conflict and intrigue. New Crobuzon is being ripped apart from without and within. War with the shadowy city-state of Tesh and rioting on the streets at home are pushing the teeming city to the brink. A mysterious masked figure spurs strange rebellion, while treachery and violence incubate in unexpected places.

In desperation, a small group of renegades escapes from the city and crosses strange and alien continents in the search for a lost hope.

In the blood and violence of New Crobuzon’s most dangerous hour, there are whispers. It is the time of the iron council…

The bold originality that broke Miéville out as a new force of the genre is here once more in Iron Council: the voluminous, lyrical novel that is destined to seal his reputation as perhaps the edgiest mythmaker of the day.