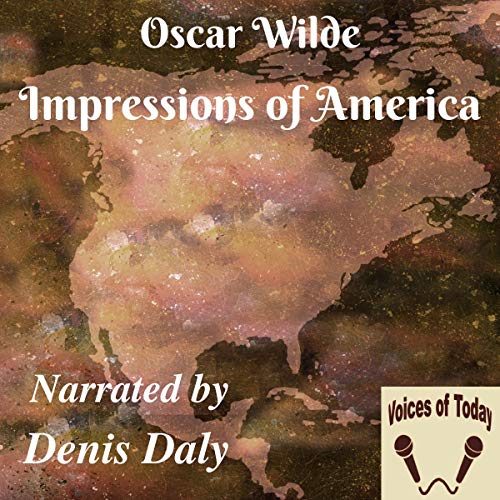 Oscar Wilde visited America in the year 1882. Interest in the Aesthetic School, of which Wilde was the most prominent representative, had spread to the United States, and Wilde decided to undertake an American lecture tour to explain the Aesthetic movement.

Towards the end of September 1883 Wilde returned to England and immediately commenced a lecturing tour. His first visit was to Wandsworth Town Hall where he presented his "Impressions of America", the text of which was published in 1906.